June 12, 2018 – As iuvo recently wrapped up its 2018 United Way Campaign, iuvo’s Chief Scientific Officer Mary Richardson received a Shining Star award from the United Way of Greater Rochester in recognition for her commitment and leadership to this program.

The Shining Star award recognizes consistent high performing senior champions and coordinators who inspire the commitment to service in the Greater Rochester community.  Dr. Richardson was one of a handful to receive the award at the Workplace Campaign Celebration this past week.

Iuvo exceeded its goals again this year, raising more than $14,500 as part of the campaign.  The United Way of Greater Rochester raised over $30 million this year, in its 100th year in existence. 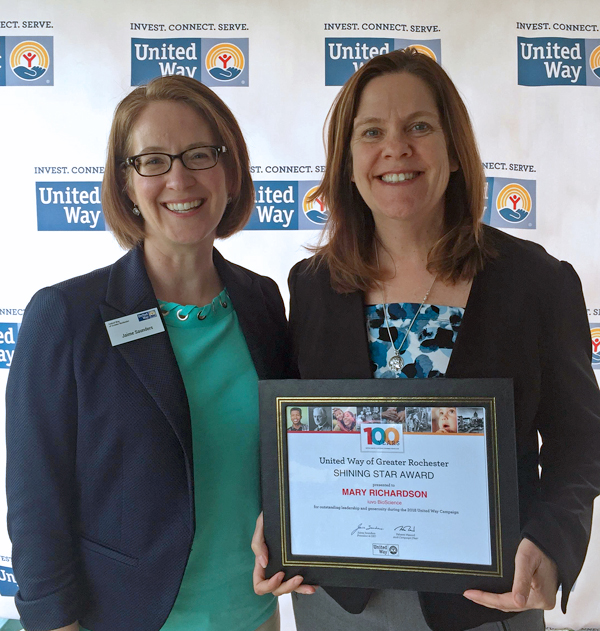